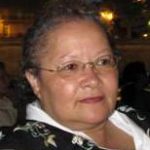 Professor Barkley Brown joined the Department in 1997. She holds a joint appointment with History and Women, Gender, Sexuality Studies and is an affiliate faculty in African American Studies and American Studies. Professor Barkley Brown is co-editor of the two-volume Major Problems in African-American History (2000) and the two-volume Black Women in America: An Historical Encyclopedia (1993). Her articles have appeared in Signs, Feminist Studies, History Workshop, Sage, Public Culture, and The Journal of Urban History. She has twice been awarded the Letitia Woods Brown Memorial Publication Prize for best article in African-American Women’s History. She has also won the A. Elizabeth Taylor Prize for best article in southern women’s history, the Martin Luther King, Jr. Prize for best article in African-American History, and the Anna Julia Cooper Award for Distinguished Scholarship in Black Women’s Studies. Barkley Brown has held fellowships from the W.E.B. DuBois Institute, Harvard University, and The American Philosophical Society. A past president of the Southern Association for Women Historians, Professor Barkley Brown currently serves on the Editorial Board of Women and U.S. Social Movements, 1600-2000. 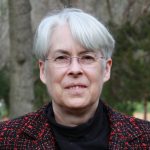 Dr. Mary Corbin Sies is an Associate Professor of American Studies and an affiliate faculty member in the Department of Women’s Studies, the Historic Preservation program, and the Consortium on Race, Gender & Ethnicity. She received her Ph.D. in American Culture from the University of Michigan in 1987. Her research and teaching interests span material and visual culture, planning history, architectural history, urban/suburban history, and cultural and social history of the U.S. in the 19th and 20th centuries. Her most recent edited book (with Isabelle Gournay and Robert Freestone), Iconic Planned Communities and the Challenge of Change (University of Pennsylvania, 2019) was awarded the best-edited work in planning history by the International Planning History Society in 2020. One of the four founding members of the Museum Scholarship and Material Culture graduate certificate program, Dr. Sies previously directed the program from 2006 until 2013. She has consulted on museum exhibitions for the Margaret Strong Museum, the National Building Museum, and the Bass Museum in Miami Beach. Locally, she volunteers with the Greenbelt Museum and the Lakeland Community Heritage Project, where she is part of the Lakeland Digital Archive team, a community/university collaboration pioneering an equitable and community-driven digital heritage project. She is an avid museum-goer with a special appreciation for community museums and local heritage societies around the world. 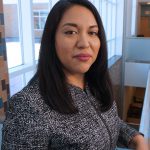 Perla M. Guerrero is Associate Professor of American Studies and U.S. Latina/o Studies at the University of Maryland, College Park. Her research and teaching interests include relational race and ethnicity with a focus on Latinxs and Asian Americans, space and place, immigration and legality, labor, U.S. and Mexican history. Her first book, “Nuevo South: Latina/os, Asians, and Remaking of Place”, examines how racial cleansing and sundown towns made northwest Arkansas into a particular kind of place and analyzes the political and economic factors that are shifting social conditions and racial mores. She’s currently working on her second book, “Deportation’s Aftermath: Displacement and Making a Life in Exile”, which seeks to understand what happens to different kinds of people after repatriation and the ways in which U.S.-based inequality is reproduced in Mexico. 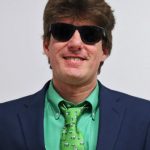 Paul T. Jaeger, Ph.D., J.D., is Professor, Diversity Officer, and Director of the Master of Library Science (MLS) program of the College of Information Studies and Co-Director of the Information Policy and Access Center (iPAC) at the University of Maryland. His teaching and research focus on the ways in which law and public policy shape information behavior, with a specific focus on issues of human rights and social justice. He is the author of more than one hundred and fifty journal articles and book chapters, as well as more than a dozen books. His research has been funded by the Institute of Museum and Library Services, the National Science Foundation, the American Library Association, the Smithsonian Institution, and the Bill and Melinda Gates Foundation, among others. Dr. Jaeger is Editor of Library Quarterly and Co-Editor of Advances in Librarianship and the International Journal of Information, Diversity, & Inclusion. He is also founder and chair of the Conference on Inclusion and Diversity in Library and Information Science (CIDLIS). In 2014, he received the Library Journal/ALISE Excellence in Education Award, the international educator of the year award for the field of library and information science. 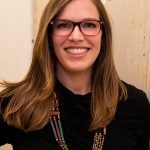 Diana Marsh is an Assistant Professor of Archives and Digital Curation in the College of Information Studies (iSchool). Her work focuses on how changing technologies, cultures, and values affect the communication of knowledge in heritage institutions. Her current research focuses on access to anthropological archives and the circulation of digitized ethnographic collections in Native communities.

She was previously a Postdoctoral Fellow at the Smithsonian’s National Anthropological Archives (NAA). From 2015–2017, she was an Andrew W. Mellon Post-Doctoral Curatorial Fellow at the American Philosophical Society where she curated exhibitions drawing primarily on archival collections (Curious Revolutionaries: The Peales of Philadelphia, April–December 2017 and Gathering Voices: Thomas Jefferson and Native America, April–December 2016). In 2014–2015, she was a Postdoctoral Research and Teaching Fellow in Museum Anthropology at the University of British Columbia (UBC) where she taught courses in museology and heritage. She completed her Ph.D. in Anthropology at UBC, where she conducted an ethnography of exhibition planning and the renovation of the National Museum of Natural History’s fossil hall. She has an MPhil in Social Anthropology with a Museums and Heritage focus from the University of Cambridge and a BFA in Visual Arts and Photography from the Mason Gross School of the Arts at Rutgers University. Her work has been published in Journal of Material Culture, Museum Anthropology, Practicing Anthropology, Archivaria, and Archival Science. Her book, Extinct Monsters to Deep Time: Conflict, Compromise, and the Making of Smithsonian’s Fossil Halls, was recently published with Berghahn Books Museum and Collections Series. 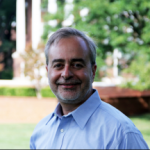 Dr. Paul Shackel joined the Department of Anthropology in 1996 after working for the National Park Service for 7-½ years. He received his Ph.D. from the State University of New York at Buffalo in 1987.

His extensive work at Harpers Ferry delves into issues of class and labor in this early industrial town. He received a 3-year NSF Research Experiences for Undergraduates award that allowed him to partner with other institutions to train undergraduates in archaeology and explore issues of race, class and ethnicity on the Illinois western frontier. The work focused on the historic town of New Philadelphia, Illinois. The development of civic engagement activities became an important part of this archaeological program. He is now working with graduate and undergraduate students on the Anthracite Heritage Project, a program that includes oral histories, documentary research, and archaeology in the anthracite region of Pennsylvania.